What Effect Do Recessions Have On R&D Investment?

With the world’s economy taking a nosedive amidst coronavirus uncertainty, a global recession is looking highly likely. But what actually is a recession, and how can it affect businesses? Here we take a look.

The word ‘recession’ is used a lot these days but it’s important to understand what one actually is. Typically, it refers to two consecutive quarters of negative economic growth taking into account GDP.

Although they can feel like they last a long time, recessions in their literal form tend to only last a few months. The most recent recession of 2008-09 was a particularly long one however, spanning 15 months or five quarters.

How does a recession affect a business?

Recessions will hit different companies and industries in vastly different ways. The severity of the impact also doesn’t necessarily correlate with the length of the recession - a sharp but short recession can often be just as damaging as a long one.

Recessions essentially mean that businesses will make less money as the spending public tightens its belt. The knock-on effects are many and varied, and companies looking to save money will typically look around for cheaper suppliers. They may also look to cut staffing and overhead costs, reduce what they spend generally, stop hiring altogether or pause their spending on growth.

Access to credit is also likely to be a problem in a recession. Banks and other lenders start being far more cautious, and will only lend to businesses where they are extra confident they’ll get their money back. This in turn can lead to cash flow problems, especially if your own suppliers are struggling to meet payment deadlines and/or secure credit.

Unfortunately, with so much cost cutting around, some companies may have to reduce the quality of their goods in order to produce them more cheaply. This can not only reduce customer satisfaction, but may damage the reputation of the business too. Demand for your goods or services is likely to reduce overall, and this again is simply because people aren’t spending the money they once might have done whilst they’re in fear for their own jobs. It’s a worrying time, as everything is interlinked.

Positive effects of recession on business

Believe it or not, even world recessions can have a positive impact on certain areas of the economy, and on life in general. Whilst it’s true that a struggling economy is not exactly something to be celebrated, it’s important to recognise the opportunities it brings too.

With unemployment on the increase, employees may start to appreciate their jobs all the more and actually become more productive. Unfortunately with some job losses however teams may be smaller, and may therefore need to work harder for the same pay which can affect morale.

Additionally, recessions are helpful in reducing inflation. They may also cut the number of companies directly competing with you if they start to go out of business. If your company is one of the survivors, it stands a good chance of staying healthy going forward.

Then there’s the borrowing rates, which during a recession tend to remain low. Although sources of finance such as credit and bank loans can be harder to come by, if you do have luck in securing one the interest is likely to be minimal. This is because the Bank of England set the minimum interest rate (the base rate) lower to encourage borrowing and investment to stimulate the economy. Debt repayments are lower, however this may be counteracted by the fact that investment returns will also be lower.

Recessions force businesses to become more competitive. It’s a fight to survive, which means a company needs an edge or a niche. This in itself can bring about a surge of creative ideas and innovation which without the recession may not have happened. Efficiencies can be made in this way, which again increases the chances of survival.

As we know, during a recession businesses are likely to find money is tight. Merely staying afloat can make it tempting to put research and development on the back burner, when in fact it can actually prove vital to survival.

The Irish government has long recognised that innovation is essential to growth and economic health. Back in the early 2000s it therefore launched its R&D Tax Credit scheme.

Offered by the Irish Revenue, the scheme is open to any Irish company that has recently carried out research and development projects in Ireland or within the European Economic Area. It works by offering a substantial reduction in a company’s Corporation Tax bill in respect of eligible R&D expenditure, or as a lump sum if the company has made a loss. The relief is offered via a 25% tax credit on top of a standard tax deduction at 12.5%. Effectively, this means that the scheme reduces the actual cost of R&D by as much as 37.5%.

It works primarily by offsetting the current year’s tax liability, or it can be used against the liability of the year immediately preceding it. R&D Tax Credit claims need to be made within one year from the end of the accounting period during which the R&D work took place.

For further information and how to claim, see our R&D Tax Credits webpage.

How can the Tax Cloud portal help?

The Tax Cloud portal is a professional, accurate and highly cost effective way of making a high quality R&D Tax Credits claim. It was devised by the professionals at Myriad Associates, a Dublin-based team of R&D specialists, advisors and accountants. The R&D tax credits calculator will also provide you with an accurate estimation of the relief you may receive providing your claim is accepted. 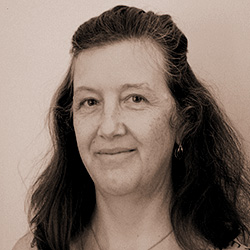 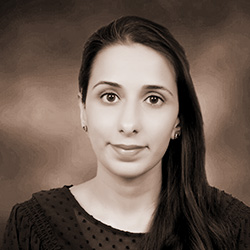